RESEARCHING MY ASS OFF

Last week I launched a new series about my experience and ‘What I learned the hard way about building an ecommerce site’. Now let’s go back to where it all began…

In February 2012, I was talking to a friend who had over the years started and managed many successful businesses. We would typically catch up once a year to talk over stuff, spark some ideas and learn from each other. I eagerly started telling him about the plans for my new ecommerce site which were at that time just a seed of an idea in my head.

His response: “Why would you enter a market that is so saturated with big players like Apple, Ebay, Amazon, JB Hifi, Harvey Norman and every other supermarket?”

He had a point. A very valid point. At no stage did I actually think it was going to be easy, though I was a little crushed at what he was saying.

I explained that this was different. But I couldn’t quite articulate how as I had not thought past how the idea would work in my head. We promptly changed the subject to family.

Being raised by an entrepreneur father, I knew all about the consequences of getting so wrapped up in the thinking that it only manifests itself into a shit storm of nothing.

I had to take action. You’ve got to put your money where your mouth is.

Getting addicted to research is not hard these days. How many times have you started looking for something on Google and ended up in a rabbit hole of information overload that had nothing to do with your original search?

While it would be great to say that I was highly organised and used a tool like Evernote and a fancy spreadsheet to have everything in the one place, truth is I didn’t.

I called them questions instead of goals or objectives because I actually had very little knowledge about the smartphone industry. Of course, I had an iPhone, but my primary research was via an online business for sale site. So, drawing on my experience working in digital strategy (day job), I asked myself the same questions that I ask my clients:

It took me a couple of days to work out that I didn’t have to be a Steve Jobs or <insert Richard Branson smile here> sort of entrepreneur.

What I realised was that I didn’t need to be anyone different. I just had to find a person to model the business on. Someone to build a brand around.

While I was trying to figure out who that person could be, I noticed one of my fiancé’s favourite shows on the TV.

It’s called Jerseylicious, and without boring you with too much of the shows’ details, what struck me is that most of the cast members had fancy-looking or upmarket smartphone cases. My fiancé loved this show. She and many of her friends would chat about it during and after the episodes aired.

She understood the lingo, cared about what her smartphone case said about her. Ultimately she was someone would relate well my business.

So my research for the “who” and “enough” began.

Seriously, I found all the social media channels that Jerseylicious was using and noted them on my word doc.

Using Facebook I looked up random people’s profiles that I could see were highly engaged with the Jerseylicious page. I did the same on Twitter. No surprise, there was a big crossover with Facebook.

I also noted which other pages they engaged with on Facebook. I looked at who else they followed and noted their interests.

This process took me more than three days. In digital strategy parlance it’s called building a persona. This persona is that perfect someone I am trying to attract to my website to buy our products.

Now building the persona taught me one thing. While everyone is different, they still have one thing in common. In this case it was they love the show.

Other commonalities included their friends and the luxury brands they followed on Facebook which I duly noted down.

When working with a large retailer in Australia I discovered a site called Quantcast which they used to extract data intelligence from overseas customers who shared the same persona.

So using Quantcast explored the Jerseylicious website and uncovered some interesting statistics.

Using this data I went back to my document and added a few notes. This audience has money, likely disposable income and is aged 25-44.

I got onto Google Trends and searched for “iPhone 4 Case” which given the iPhone 4 had shortly been released, there was a massive spike. We have traction.

I then used the Google Keyword tool to search for the keyword “iPhone 4 cases”.

At the time, 5500 people in Australia were searching for the term.

I had the WHY, WHO, ENOUGH. This was looking promising.

Now what? What do they actually want to buy and at what price? How do I find out without spending a bucket load of time and money?

In the next article I’ll go through the products and how I toughened up in the face of suppliers slamming doors in my face. In the end, I started advertising my product before I even had one.

THE PROOF IN LEAN PROTOTYPING

WHAT DEVELOPING WEBSITES ABROAD TAUGHT ME

I’M UGLY SO I USED SOMEONE ELSE

BEING ADDICTED TO DATA

SOCIAL MEDIA AND ITS THREE SISTERS

GETTING SMASHED – BAD FEEDBACK
CUSTOMER SERVICE: WHO WOULD HAVE KNOWN?

THE LAUNCH THAT CHANGED US

THE LITTLE THINGS THAT COUNT

THE SCARE WHEN THE ACCOUNTANT CALLED 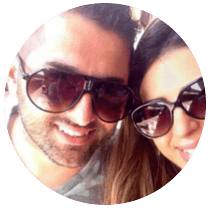